Which 7 Essential Skills Will Define Our Future?

With the rise of machine-learning, robotics, sensors, algorithms, and AI, it’s becoming clear that humanity cannot continue to thrive in the same way we used to. Everywhere, professions are being challenged and in some areas outright outmoded by technological innovations, leaving us with questions as to who we are, our very identity, and how we can make a difference in this ever-changing world.

It is deeply ironic that, thirty years ago, growing up, many young creative aspirants may have been advised not to pursue their dreams because of the lack of security artistic professions are traditionally associated with: ‘Get a secure job, like a lawyer or accountant’, ‘There’s no money in writing’, ‘You want to have a respected profession’. The irony is that now creative individuals may have the most secure jobs of all, because for all our advances, we have not yet successfully simulated real creativity. Despite many experiments and articles about AI paintings, music, poems and stories, at least for now, they are a distant match to the beauty and elegance of the human imagination. A digital legal professional, however, is already a reality, one re-shaping the fabric of the industry. 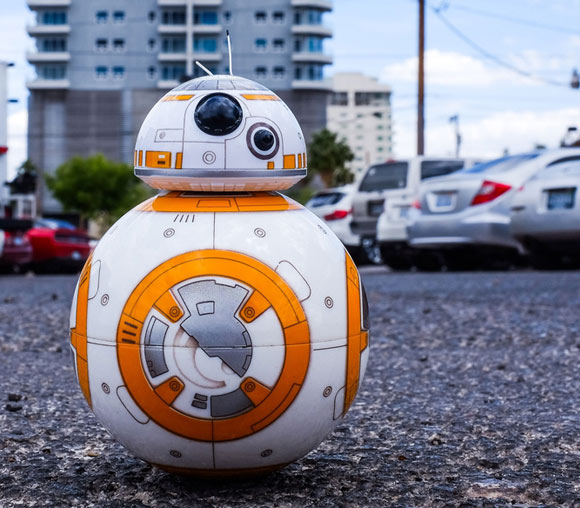 Let’s look at another example. Whereas once an accountant, with their ability to retain vast information and make impossible calculations, was an invaluable asset. Now, the basic accounting functions can be replaced by an app. This is not to say that an accountant is a redundant profession, far from it, but the focus of being an accountant has to shift. To what? Perhaps to someone who is jointly accountant and advisor, able to listen to the visions and future goals of their clients and help lead them to success with specific strategies within their realm of expertise.

Or, to something more wholesome, a human experience. When anyone can download an app to deal with their tax and payroll, the purpose of an accountant may well become about something more than the basic processes: it becomes about advice, human insight, questioning and listening, and the ‘soft touch’ of interacting with a fellow human being.

Across the professional spectrum, soft skills are becoming more critical than ever, especially when they are a unique way we are distinguished from machines. Machines can compute, calculate, and prune to a far greater degree, scale and speed, than we ever can. However, they cannot exhibit empathy, leadership, or — yet — innovate. Increasingly, it is soft-skills savvy employers are searching for. Hard skills can be learned and taught, whereas soft-skills are harder to identify and acquire. This is emphasised by LinkedIn’s research into the subject.

So, in the light of this, here are our seven top soft-skills to lead us to a brighter, human-led tomorrow.

Humans have a unique ability to think through problems in ways that are ‘lateral’ and ‘left-field’. Currently most software and AI protocols comprehend problems based on initially established parameters. Humans are able to see the ‘bigger picture’ which often inspires divergent and intriguing solutions.

The ability to be able to adapt to adverse circumstances, to un-learn old skills and learn new ones, is perhaps the most important soft skill you can possess. Adaptability has always been core to human nature; it is what drives evolution, but now, in a world changing with greater rapidity than ever before, we need to develop the ability to change and adapt ourselves to new challenges, now more than ever.

Adaptability is characterised by more than simply learning new skills, but also by:

a) Resilience, our ability to bounce back from adverse circumstances, to get back to work after a hard setback, to re-centre ourselves and show up better than before.

b) Flexibility, our ability to juggle multiple ideas simultaneously. One is reminded of the quote by F. Scot Fitzgerald: ‘The test of a first-rate intelligence is the ability to hold two opposed ideas in mind at the same time and still retain the ability to function.’ We might define this as: exploring possibilities without bias, being attached to the end-result and not the process by which we get there, and being prepared for new data or technology to emerge and instantly pivot to it, adjusting our process in the light of this new development. This also includes our belief in the concept we’re working on itself. We have to commit deeply to the purpose and pursue every option to make it happen, whilst also recognising there comes a point of futility where we may have to abandon the routes we once believed in, in order to succeed.

c) Learning Drive, our thirst for knowledge, our ability to discard old data in favour of new and more updated understanding. Do we discover one viewpoint and just stick with it, or do we relentlessly cull the field seeking new insights?

Machines certainly communicate, especially via the IoT. This was beautifully illustrated in Annalee Newitz’ book Autonomous. However, humans can communicate in a subtextual way, which is far more powerful. We have the ability to read emotions and respond in unique ways, sometimes non-verbally. In fact, with rare exceptions, most of us communicate non-verbally whether we want to or not!

Being able to clearly articulate your thoughts, as well as actively listen to those around you, is a key skill that will lead to better collaboration. If you can clearly describe problems, then it is easier to define solutions. If you can elegantly word an email with difficult subject matter, then you will open new avenues to cooperation and opportunity. Long term, our communication skills may have starting impact on AI, robots, and human-digital interfaces in the future, too.

James Sale, author of Mapping Motivation, and many other books, as well as the creator of the Motivational Map, defined the primary role of a leader thus: ‘To motivate their staff’. Surprisingly, most businesses do not seem to understand this, and instead focus on ‘management’ of staff. Motivation is far more powerful, because it leads to higher performance, happiness, and longevity within the organisation, among many other benefits. We can see this fact is also historically true. The greatest leaders of the past were not necessary individuals with remarkable skillsets. Indeed, their skill was motivating others to do extraordinary things, such as Alexander the Great persuading his entire army to brave the dangers of the Gedrosian desert, or Bouddica, a woman in an age of misogyny, leading her warband in rebellion against the Roman slavers. And of course there are many non-martial examples too, such as Martin Luther King, who inspired — or perhaps motivated — a nation with his dream.

So, how might we develop this leadership skill? Not just being able to communicate and manage, and make decisions, but also be able to motivate and energise staff to be passionate about our goals, and to help them be passionate to meet their own too.

We must also discuss another key element of leadership, outlined in my book Moonshot Innovation, which are the five qualities of Exponential Leadership. These are qualities specifically garnered towards leadership in our exponential world, where the pace of change is faster than ever. These five qualities are:

a) Collaborative Innovator: someone who introduces and fosters an environment for new methods, ideas, or products to thrive.

b) Futurist: someone who studies the future and makes predictions about it based on exponentials and not linear thinking or current trend thinking.

c) Adaptable Experimenter: someone who is continually open-minded to new methodologies for rapid validation and testing.

d) Technologist (BET): BET stands for Broad Exponential Technologist. My views on leadership are not about having one area of specific knowledge, but more of a broader spectrum of awareness about what is out there, how it is being used, and where different technologies can intersect for common good.

e) Humanitarian: This is someone who seeks to promote human welfare, that puts people and planet at the heart of things.

We have already discussed creativity and innovation to a degree, but it is worth mentioning again because it is so vital. We are moving from the Information Age into the Imagination Age: from calculating, storing, processing, to dreaming and making. Technology largely empowers us to do this, removing financial, geographical, and prejudicial barriers (to an extent, at least). Musicians can now create fully produced tracks using only a laptop. Creators from around the world can share and collaborate using cloud and shared docs. Artists can get their work in front of tens of thousands, if not millions, simply using social media sites such as Instagram. Never has there been more power in the hands of so many. Yes, there are trying political, sociological, and societal issues still to be overcome, but there are also tremendous opportunities.